A Man with a Simple Song
for The Oklahoman / NewsOK / LOOKatOKC

As I walk into the coffee shop where John Fullbright and I have agreed to meet, I feel an intent stare coming from the minivan next to me. He beat me here, and when I look over to source the gaze, he breaks into a smile and waves hello.

For those of you in the back, Fullbright is something of an Okie wunderkind, a songwriter who, for some of us, seemed to leap overnight from membership in the Turnpike Troubadours and solo gigs at Libby’s Cafe in Goldsby to international recognition and, eventually, a much-talked-about Grammy nomination for 2012’s “From the Ground Up,” his first studio album.

Those accolades aren’t the source of my nerves, though. Fullbright has a bit of a reputation, particularly locally, for being reluctant to talk — not about his music, but about himself. While I’ve seen his professionalism in full effect in all sorts of places, including the Folk Alliance International Conference, South By Southwest and his own shows at the Blue Door, this is the first time I’ve put the spotlight on him.

Often, when talking to Oklahoma musicians, I tread the line between interested friend and biographer, reading articles from around the world written about people I know and asking questions I may already know the answers to. I am nervous, and I tell him as much.

He is patently aware of this. When I press record, he says, simply, “I’m going to use my interview voice.”

I inquire whether or not this reluctance is in the forefront of his mind when talking to media folks like me or, more often, of a higher ilk.

“Absolutely, but I don’t not tell the truth. I’ll tell a truth. A one-dimensional question gets a one-dimensional answer,” Fullbright says. “I give people all I got, all that I want to give ’em, but if one person from a local paper asks you a question, next thing you know, someone on NPR is taking that question to the next level. You have to be aware of what you’re saying now; someone’s going to bring it up later.”

And for those who prod further, past the songs, past the facts, past what he wants to give?

This is a conundrum for Fullbright, whose songs — including those on his upcoming album “Songs” — are clear enough and seemingly personal enough to be subjected to an autobiographical reading. I wonder aloud about the struggle to play close to the chest when your art and profession demand otherwise. 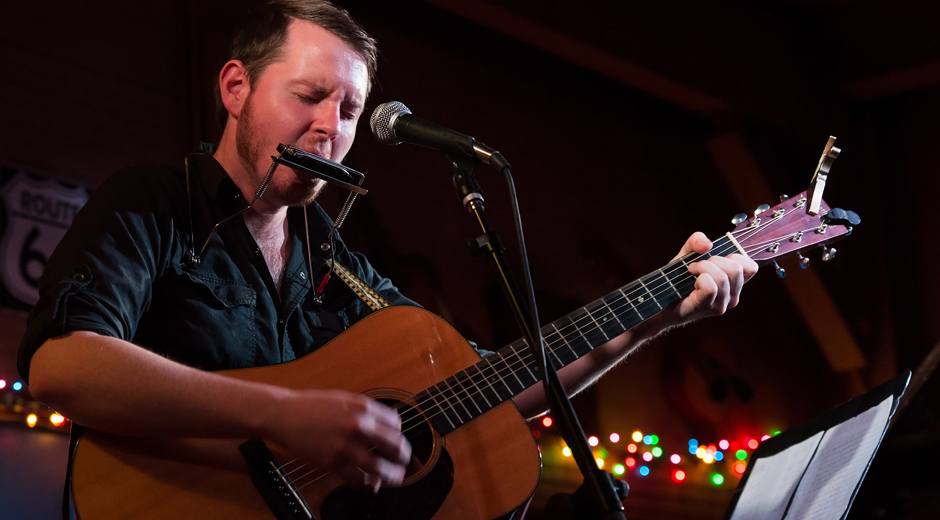 There’s a common theme around here about truth in songwriting. Canadian artist Scott Nolan sings the plight of the Oklahoma songwriter in his “Bad Liver/Broken Heart” with the plaintive line: “Doesn’t anybody care about truth anymore?/Maybe that’s what songs are for.” Okie John Moreland, in a nod to Nolan, echoes that plight in “Nobody Gives a Damn About Songs Anymore,” saying, simply, “I guess truth is what songs are for.”

Fullbright, who notes that for him, songwriting has generally been a lonely task, decries this limitation in a different way on “Songs.” “Every time I try to write a song/I can’t seem to get a word in edgewise,” he sings on album opener “Happy.”

Fullbright puts forth that songs, “when they’re well-written, are about the listener,” but notes the obvious problem with that.

“Write a song that everyone can connect with, and suddenly everyone will start assuming that you know what you’re talking about. Ask me what ‘Jericho’ is about, and I can go line for line, and you’ll fall asleep. It’s the most boring story on Earth. But when you internalize it and make it about you, then it’s epic and exciting. That’s what songs are for.”

He explains further by paraphrasing a Shel Silverstein interview: “He said that when you write a song, you have to say everything that you mean, and it has to be interpreted exactly like you want it to be interpreted, and if it’s not, then you’re not doing it right, because you can’t chase someone down the street and say, ‘Now let me tell you what I really meant to say.’”

He’s lauded as a songwriter first, musician second. I’d categorize him as a sharp observer above all else, and keenly funny, despite an early NPR review of “From the Ground Up” that said he could “use more humor.”

If anything, he’s victim of the aforementioned local papers pigeonholing him with a swath of “Aw, shucks!” folk cliches: Yes, he’s from the same coupling of small towns that produced Woody Guthrie, and yes, he still lives there. Yes, he has an acoustic guitar, though for those who’ve seen him live, it’s inarguable that his piano playing is more impressive. One SXSW reviewer even called him milquetoast.

There’s a palpable absence of a cultivated image in Fullbright — and he is of course aware of this and of the limited perception that keeps that projected version of him alive. “If there’s a preconceived notion that I have to be some kind of Woody-head, then they’ll keep that about as long as it takes for them to come see a show and see that that is not the case,” Fullbright says.

The dark, racy video for his 2013 single “Gawd Above,” featuring Fullbright singing solo in a peep show confessional booth, may have been an answer to that as well.

“I just wanna be known for writing a clear, concise song,” Fullbright says. He goes on to say that experience is teaching him to whittle his songs down precisely to nothing more and nothing less than they should be.

“At the end of the day, I’m two years better than I was when that first record came out. In every way. Better singer, better writer, better guitar player, better piano player, better whistler,” Fullbright says. “I’m better at all kinds of stuff, and if the record doesn’t reflect that, then I’m not doing it right. That’s where the whole thing about stripping it down came from. This has to look like I’m better at this than I was before.”

And it does, I think. “Songs” is powerful in its simplicity, and it’s (theoretically) difficult to interpret his intent. But don’t get too attached. Apologies for using another folk cliche here, but he is an old soul. It’s difficult to remember he’s only in his mid-20s, only on his second studio record.

“Maybe once or twice a year, I’ll take a little stroll down memory lane because there are (older songs) I want to hear again,” Fullbright says. “But I’m looking ahead. I’ve got stuff to write and new experiences, and I’m not the same person I used to be. This new person’s gotta write all that down.”